Sen. Cory Booker statement on Senate Passage of the Emmett Till Antilynching Act 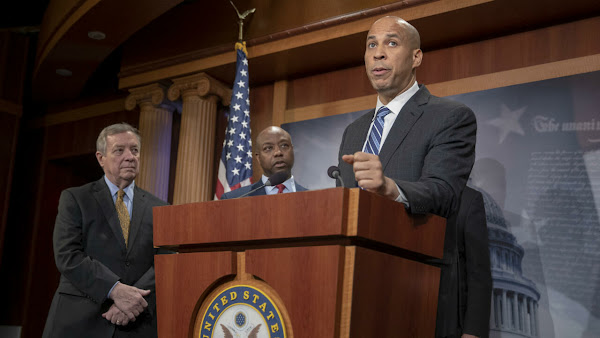 “After 200 failed attempts and over a century’s worth of efforts, I am proud to say that Congress has finally passed legislation to criminalize lynching, a shameful instrument of terror used to intimidate and oppress Black Americans. During the 19th and 20th centuries, more than 4,000 African-American men, women, and children were lynched and between 1936 and 1938, the national headquarters of the NAACP hung a flag with the words ‘A man was lynched yesterday’, solemn reminders of the dark eddies of our nation’s past. Although no legislation will reverse the pain and fear felt by those victims, their loved ones, and Black communities, this legislation is a necessary step America must take to heal from the racialized violence that has permeated its history.

“I first introduced legislation to make lynching a federal crime in 2018. Over the years, I have been proud to work with colleagues on both sides of the aisle to make sure this bill passes Congress and heads to the President’s desk. The bipartisan support this bill has achieved underscores the importance of meeting this moment, of reckoning with the past, and of finally being able to say that we did the right thing.”

In 1900, Congressman George Henry White of North Carolina introduced the first of what would ultimately become a series of more than 200 congressional bills that attempted to make a federal crime. Ninety members of the U.S. Senate passed a bipartisan resolution in 2005 apologizing to the victims of lynching for the repeated failure of the Senate to enact anti-lynching legislation. These senators expressed their deepest sympathies and most solemn regrets of the Senate to the descendants of victims of lynching, the ancestors of whom were deprived of life, human dignity, and the constitutional protections accorded all citizens of the United States.