Ex-MSNBC Contributor Malcolm Nance Has joined the fight in Ukraine 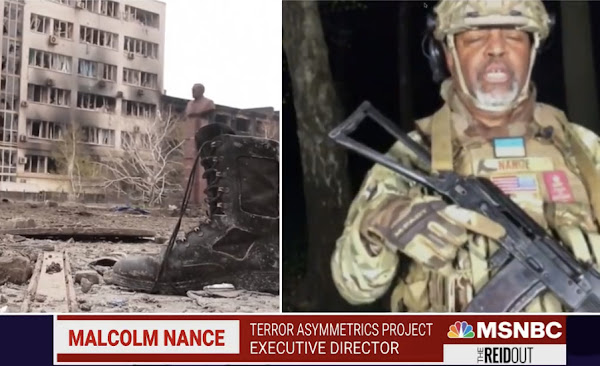 Malcolm Nance, who has been a contributor to MSNBC, appeared on the network on Monday in combat gear and said that he has joined the fight against the Russian invasion of Ukraine.

“I spent quite a bit of time here in the pre-war period,” Nance told MSNBC’s Joy Reid on The ReidOut. “And when the invasion happened, I had friends who were in Donetsk, who were in the Ukrainian army, who were writing to us and telling us, ‘We are not going to survive tonight. We have been hit 500 times.'”“The more I saw of the war going on, the more I thought, ‘I’m done talking. It’s time to take action.”

Nance indicated he has joined the International Legion of Territorial Defense of Ukraine, a foreign military unit of the armed forces of the country.

Nance has prior military experience. He served in the U.S. Navy, and became a specialist in counterterrorism.