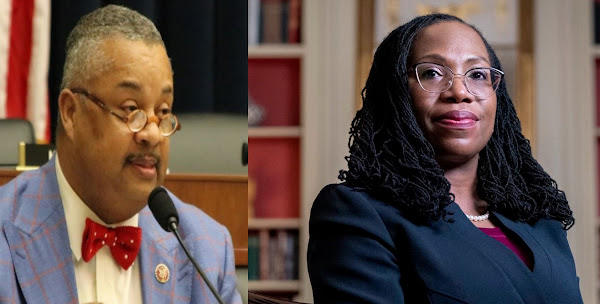 Rep. Donald M. Payne Jr. issued the following statement regarding the U.S. Senate’s confirmation of Judge Ketanji Brown Jackson to become the next U.S. Supreme Court Justice. Judge Jackson becomes the first African-American woman to be a Supreme Court Justice and the fourth woman on the current Supreme Court. She replaces Justice Stephen Breyer, who is retiring from the Court later this year.

“I want to congratulate Judge Ketanji Brown Jackson on her appointment to be the next U.S. Supreme Court Justice. She is a brilliant legal mind with the highest character and integrity. Justice Jackson has served at all levels of the legal system and brings decades of legal experience to her new position. Her work as a public defender gives her an understanding of how legal decisions affect the lives of all Americans. I am proud that President Biden has fulfilled his campaign promise to select an African-American woman for the Supreme Court and applaud the Senate for confirming such an exceptional judge. Today is a historic day in America.”