Sandra L. Thompson has been confirmed as director of the Federal Housing Finance Agency 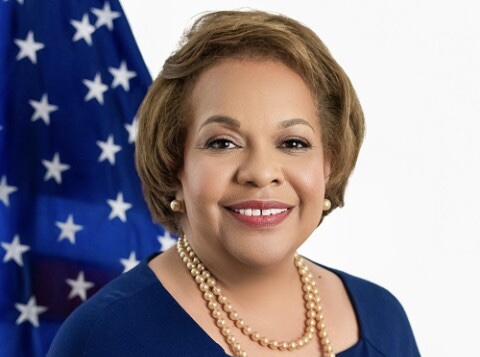 Sandra L. Thompson has been confirmed as director of the Federal Housing Finance Agency (FHFA) by a 49-46 Senate vote.

Thompson had been serving as the agency's acting director since last June, and prior to that she was deputy director of the Division of Housing Mission and Goals, overseeing FHFA’s housing and regulatory policy, capital policy, financial analysis, fair lending, and all mission activities for government-sponsored enterprises (GSEs) Fannie Mae, Freddie Mac, and the Federal Home Loan Banks.

The Senate vote, which largely followed along party lines, helps solidify the Biden administration’s housing team at a time when mortgage rates are rising and the affordable housing crisis grows. Earlier this month, Julia Gordon was confirmed as commissioner of the Federal Housing Administration.

While key Democrats cited Thompson’s experience and urged her confirmation, Republican leaders opposed her nomination. “As acting director, Ms. Thompson has increased risk-taking at the GSEs and reduced taxpayer protections in order to advance the administration’s radical housing policy,” said Senate Banking Committee ranking member Pat Toomey (R-Pa). “I could not vote to effectively ratify policies that have made a red-hot housing market even hotter, and take ownership of the bailouts and foreclosures that may follow.”

“Since being appointed acting director in June 2021, she has repeatedly demonstrated leadership, expertise, and a strong commitment to sound risk management principles while safely expanding access to mortgage credit and creating equitable and sustainable housing solutions for homeowners and renters,” said Bob Broeksmit, president and CEO of the Mortgage Bankers Association. “We look forward to continuing our important work with director Thompson, FHFA, the GSEs, and other stakeholders to provide affordable housing opportunities for all Americans, while protecting taxpayers and ensuring a robust secondary mortgage market for single-family and multifamily lenders of all sizes and business models.”

“In less than a year, she has led the rewrite of Fannie Mae and Freddie Mac’s Duty to Serve plans to expand the enterprises’ activity in underserved markets, and created a new Equitable Housing Finance framework to increase lending in markets not covered by the Duty to Serve program,” he said. “I have every confidence that she will continue to prioritize sustainably expanding racial equity and access to affordable housing now that she has been confirmed.”

As acting director, Thompson has taken steps to address the racial homeownership gap. Last August, FHFA and the Department of Housing and Urban Development entered into a first-of-its-kind agreement on fair housing and fair lending coordination. The agencies said they will focus on improving their enforcement of the Fair Housing Act as well as oversight of the GSEs and the Federal Home Loan Banks.The National Multifamily Housing Council (NMHC) and National Apartment Association (NAA), which supported Thompson’s nomination, also issued a joint statement.

“Thompson brings deep experience in the housing finance industry to the role. Her expertise, understanding, and insight in housing will prove valuable as the nation navigates the end of the pandemic and resulting financial distress,” said the groups. “Throughout her long career, director Thompson has recognized the importance of multifamily as a housing choice as well as the strong performance of the multifamily businesses of the enterprises, their underwriting business models and leadership in the industry.

“NMHC and NAA look forward to continuing to work with director Thompson and her team on policies that recognize the critical nature of the multifamily sector and improve housing affordability,” said officials with the organizations.

Jerry Konter, chairman of the National Association of Home Builders and a developer from Georgia, also shared his congratulations.

“We look forward to working with her to help address the nation’s housing affordability crisis by ensuring the appropriate federal support to provide affordable housing credit for home buyers and for multifamily housing in all economic and financial conditions,” he said.