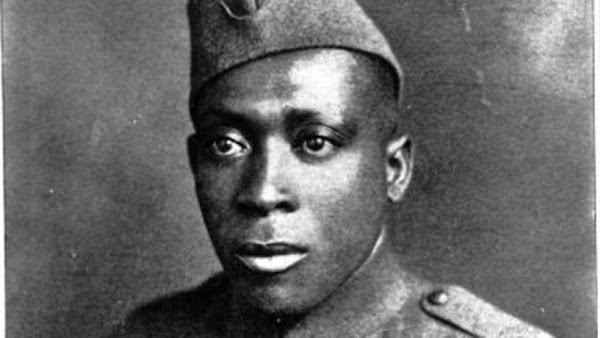 During the Jim Crow era, nine Southern Army bases were named for treasonous Confederate generals who fought to preserve slavery and white supremacy. Now a commission established by Congress has suggested new names for the bases that “embody the best of the United States Army and America.”

Fort Polk in Louisiana would be renamed Fort Johnson after Harlem hellfighter, Sgt. Henry Johnson if the recommendations are approved by Congress.

Pvt. Henry Johnson deployed to Europe during World War I in a storied Black regiment known as the Harlem Hellfighters. The U.S. armed forces were segregated, and the Hellfighters were not allowed to fight on the front lines with other U.S. troops. Instead, the Black soldiers fought under the command of their French allies.

That put Johnson and his unit at the front lines, “against all odds — Black Americans wearing French uniforms,” in the predawn hours of May 15, 1918, as German troops swarmed his sentry post at the edge of the Argonne Forest, according to a biography provided by the naming commission.

After the Germans retreated, daylight revealed that Johnson had killed four enemy soldiers and wounded an estimated 10 to 20. He suffered 21 wounds in combat.

For their actions, Johnson and his sentrymate on duty that night were the first Americans to be awarded the Croix du Guerre, one of France’s highest military honors. Almost a century later, President Barack Obama posthumously awarded Johnson the Medal of Honor.