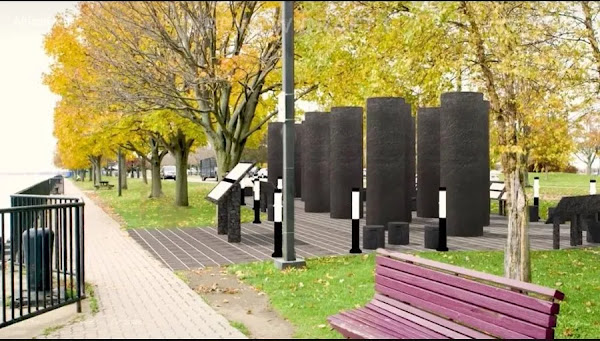 The monument is the first of its kind across the nation.

This has been six years in the making.

The monument has 12 columns and will light up at night. There are also bricks that have the names of African Americans who have served our country.

Assembly Majority Leader Crystal Peoples-Stokes is the one who had the idea to bring this monument to Buffalo.

"There's not a war this country has ever been in that somebody who looked like me wasn't on the frontlines. Not ever. And they're going to understand that because school children are going to take visits to this monument not just from Buffalo and Western New York but around the world." said Stokes.

There are 550 with names right now, and many families were excited to see the names of loved ones who deserve their names there.

All the bricks here that are unmarked, about 4,500, are for sale. So if you are a veteran and would like to buy one for yourself or a family member, it costs $250.

Posted by Councilman George L. Cook III at 6:24 AM