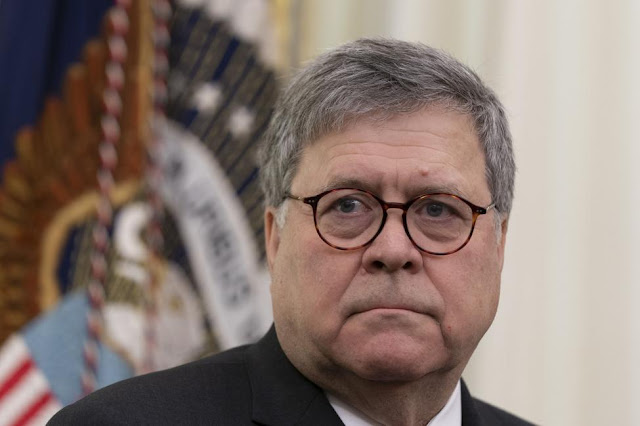 The Congressional Black Caucus has written a formal letter to Michael E. Horowitz, Inspector General, to express its deep concern about Attorney General William Barr’s actions. The letter comes following a series of media reports that Attorney General William Barr ordered an outside prosecutor to review the criminal case against Michael Flynn, President Trump’s former national security adviser, and several other instances of his incessant biased interferences in federal prosecutions.
In the letter, the Congressional Black Caucus expressed deep concern surrounding what seems to be a pattern of potential misconduct and prosecutorial abuse within the Department of Justice (DOJ) involving United States Attorney General William P. Barr. According to public press reports and presidential communication, Attorney General Barr may have improperly intervened in criminal prosecutions counter to the interest of justice and in the advancement of political ends. We request that the Office of Inspector General (OIG) work to independently and impartially investigate these allegations of misconduct and provide its findings to Congress. Further, the Congressional Black Caucus requests that all findings on Attorney General Barr's conduct be made available to the public.
The letter also outlines other offensible actions including Attorney General Barr’s unprecedented and public intervention into a federal felony sentencing recommendation for a friend and political ally of the president – Roger Stone. After the initial sentence was reversed and reduced to a more palatable sentence by DOJ after the intervention, President Trump publicly declared his gratitude and support for Attorney General Barr, congratulating him for “taking charge of a case that was totally out of control and perhaps not even been brought up.”
Other injustices noted in the letter noted that this was not the first time political appointees have interfered to influence the federal felony prosecutions and sentencing in coordination with Attorney General William Barr. Furthermore, reports indicate that on Wednesday, February 5, 2020, Attorney General Barr issued an order restricting the opening of politically sensitive investigations – an unprecedented and unusual requirement. The memo said that the FBI and all other divisions under the Justice Department’s purview must receive Attorney General Barr’s approval before investigating any of the 2020 presidential candidates and established a series of requirements governing whether investigators could open preliminary or full “politically sensitive” criminal and counterintelligence investigations into candidates or their donors.  This uncommon order came on the heels of a number of presidential communications highlighting the president’s displeasure with investigations and federal indictments of associates of his campaign and frustration over his impeachment
The Congressional Black Caucus has outlined the following requests for the Office of the Inspector General:
To read the full letter click here.
Posted by Councilman George L. Cook III at 7:17 PM No comments: 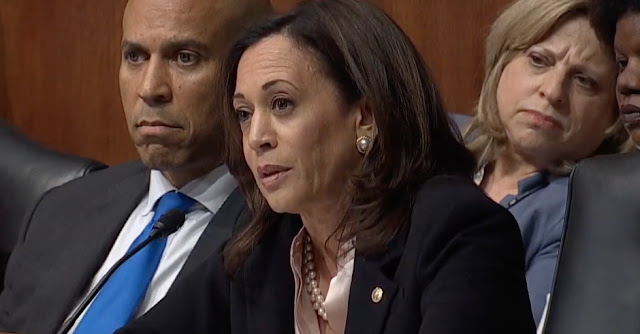 Sen. Kamala Harris questioned Attorney General William Barr about whether anyone at the White House had ever suggested he open an investigation. She also asked about the propriety of Deputy Attorney General Rod Rosenstein's involvement in deciding the president had not obstructed justice. Watch her question Barr below:

Posted by Councilman George L. Cook III at 4:17 AM No comments: