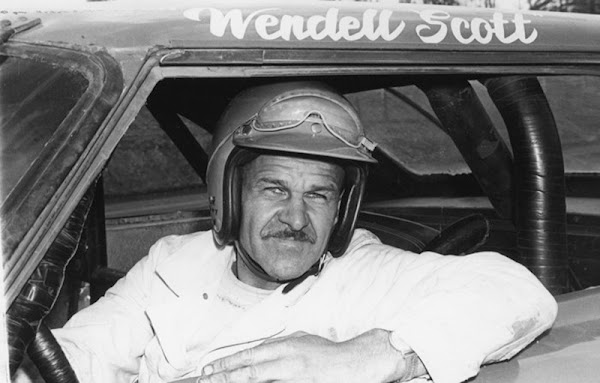 NASCAR presented a trophy to the family of Wendell Scott on Saturday night in Daytona.

Scott, the first Black man to win a race in NASCAR's Cup Series, never got the trophy from his win at Jacksonville in 1963. Scott wasn't even declared the winner immediately after the race.

Buck Baker was originally declared the winner of that race and presented the trophy in victory lane. After Baker posed for pictures with the white trophy girl in victory lane, NASCAR officials realized a mistake had occurred following Scott’s protest. A couple hours after the race was over, Scott was awarded the win when NASCAR realized the race had gone on longer than it should have.

Scott never got the trophy from the win, however. It was gone from the track by the time he was officially declared the winner. Scott’s family continued the search for the trophy after his death in 1990 and never found it.

Saturday night, Scott's family got to get a trophy representing the win nearly 60 years later. He raced nearly 500 times at NASCAR's top level from 1961-73 and had 20 top-five finishes.

Prior to tonight's race at @DAYTONA, the family of Wendell Scott was presented with a trophy commemorating his 1963 win at Speedway Park.

With that victory, Scott became the first Black driver to win at NASCAR's top level. pic.twitter.com/Ga8y1EuyOk

Posted by Councilman George L. Cook III at 10:24 AM No comments: 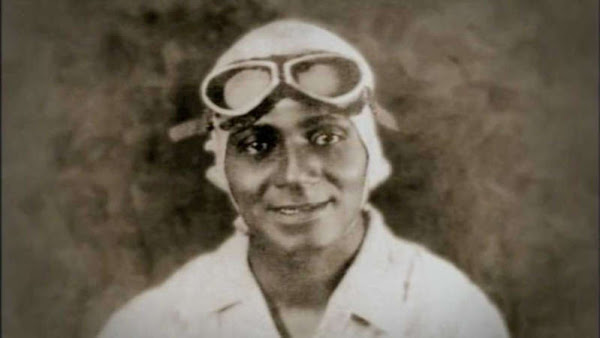 Pioneering Black race car driver, Charlie Wiggins will be inducted into the Automotive Hall of Fame next on July 22, 2021 in Detroit.

Charlie Wiggins, a race car driver and engineer, challenged the segregation in auto racing in the early 20th century. His legacy on the race track was secured by his success at the Colored Speedway Association’s Gold and Glory Sweepstakes race in Indianapolis, which he won four times between 1924 and 1936.

Wiggins was born in Evansville, Indiana in 1897, an area where the Ku Klux Klan was entrenched. As a young man, he shined shoes in front of an Evansville auto repair shop, where he quickly learned to diagnose vehicle problems as they drove onto the lot. He was hired as a mechanic’s assistant and when the U.S. draft for WWI opened, most of the shop’s employees were called to war. As a result, Wiggins landed a job managing the shop floor.

Around the same time, he married Roberta, a fashion model with a career on the rise. Together, they moved to Indianapolis for better opportunities. Wiggins found work at an auto body repair shop in downtown Indianapolis, which he later purchased. Wiggins’ garage was a gathering spot for young men of all backgrounds who were enthralled by the speed of the modern automobile. This included future Indy 500 winner Bill Cummings.

As Wiggins’ shop and reputation were growing, the Indianapolis 500 was a new, but instantly popular, event. In 1920, Wiggins designed his own “Wiggins’ special” car with the hopes of participating in the Indy 500 that year. He studied the race cars of 2003 AHF Inductee Harry A. Miller as well as European Grand Prix cars. The Indy 500 rejected Wiggins’ 1920 application because of the color of his skin.

Wiggins, undeterred, joined the Colored Speedway Association for black race car drivers in the Midwest. The association was funded by William Rucker, a wealthy promoter with a passion for politics. The success of the Colored Speedway Association lead to the birth of its own race. The first race occured at the Indiana State Fairgrounds on July 4, 1924. The event attracted a sold-out crowd of 12,000 spectators.

These races were reported in black newspapers across the Midwest. One journalist from the Chicago Defender famously wrote about the racers saying, “they are racing for the Gold and the Glory,” which inspired the association to name the event “The Gold and Glory Sweepstakes.” The event ran from 1924 – 1936, and Wiggins was crowned champion four times driving cars he built himself, often beating drivers in hand-me-down Indy cars.

Although Wiggins was not allowed to stand in Victory Lane with his fellow crewmates after helping to engineer the winning car for the 1934 Indianapolis 500, his role was respected by the entire racing community. He spent the rest of his life supporting and encouraging young black racers to compete at the highest level. The nobility of Charlie Wiggins stood against the prejudice of his time and surroundings. Whether his victories were obvious or not, Wiggins was a lifelong champion.

ABOUT THE AUTOMOTIVE HALL OF FAME

The Automotive Hall of Fame was established in 1939, to perpetuate the accomplishments of the early automotive pioneers. Called the “Automobile Old Timers,” the group was dedicated to honoring automotive innovators from all parts of the worldwide automotive industry.

The current mission of the Automotive Hall of Fame is to honor and celebrate the accomplishments of individuals in the international motor vehicle industry through awards and educational programs that challenge young and old alike to higher levels of personal achievement.

The Automotive Hall of Fame’s mandate is to increase the public’s understanding of the contribution that the international motor vehicle industry has had on our freedom of personal mobility and on our high standard of living. In the process of preserving international motor vehicle industry history, the Automotive Hall of Fame is dedicated to shaping a better future for all.

The Hall of Fame tells stories about the people, their companies and how the industry has impacted culture, society, pop culture, the world in general.