California’s first-in-the-nation task force on reparations has decided to limit state compensation to the descendants of free and enslaved Black people who were in the U.S. in the 19th century, narrowly rejecting a proposal to include all Black people regardless of lineage.

The vote Tuesday split 5-4, and the hours-long debate was at times testy and emotional. Near the end, the Rev. Amos Brown, president of the San Francisco branch of the NAACP and vice chair of the task force, pleaded with the commission to move ahead with a clear definition of who would be eligible for restitution.

“Please, please, please I beg us tonight, take the first step,” he said. ”We've got to give emergency treatment to where it is needed."

Gov. Gavin Newsom signed legislation creating the two-year reparations task force in 2020, making California the only state to move ahead with a study and plan, with a mission to study the institution of slavery and its harms and to educate the public about its findings.

Posted by Councilman George L. Cook III at 5:09 AM No comments: 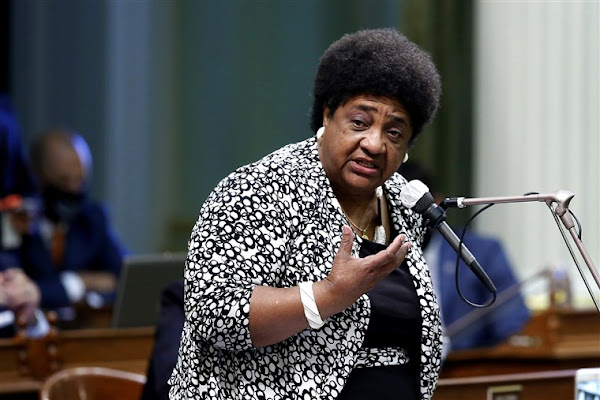