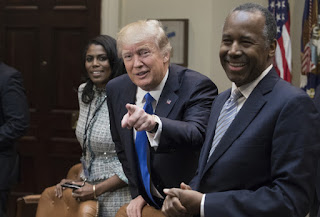 There's just one problem with their story, President Obama also used the same phraseology in a 2013 Black History Month proclamation. Read that proclamation below.

The White House
Office of the Press Secretary
For Immediate Release

By The President of The United States of America
A Proclamation
In America, we share a dream that lies at the heart of our founding:  that no matter who you are, no matter what you look like, no matter how modest your beginnings or the circumstances of your birth, you can make it if you try.  Yet, for many and for much of our Nation's history, that dream has gone unfulfilled. For African Americans, it was a dream denied until 150 years ago, when a great emancipator called for the end of slavery. It was a dream deferred less than 50 years ago, when a preacher spoke of justice and brotherhood from Lincoln's memorial.  This dream of equality and fairness has never come easily -- but it has always been sustained by the belief that in America, change is possible.
Today, because of that hope, coupled with the hard and painstaking labor of Americans sung and unsung, we live in a moment when the dream of equal opportunity is within reach for people of every color and creed.  National African American History Month is a time to tell those stories of freedom won and honor the individuals who wrote them.  We look back to the men and women who helped raise the pillars of democracy, even when the halls they built were not theirs to occupy.  We trace generations of African Americans, free and slave, who risked everything to realize their God-given rights.  We listen to the echoes of speeches and struggle that made our Nation stronger, and we hear again the thousands who sat in, stood up, and called out for equal treatment under the law.  And we see yesterday's visionaries in tomorrow's leaders, reminding us that while we have yet to reach the mountaintop, we cannot stop climbing.
Today, Dr. King, President Lincoln, and other shapers of our American story proudly watch over our National Mall.  But as we memorialize their extraordinary acts in statues and stone, let us not lose sight of the enduring truth that they were citizens first.  They spoke and marched and toiled and bled shoulder-to-shoulder with ordinary people who burned with the same hope for a brighter day.  That legacy is shared; that spirit is American.  And just as it guided us forward 150 years ago and 50 years ago, it guides us forward today.  So let us honor those who came before by striving toward their example, and let us follow in their footsteps toward the better future that is ours to claim.
NOW, THEREFORE, I, BARACK OBAMA, President of the United States of America, by virtue of the authority vested in me by the Constitution and the laws of the United States, do hereby proclaim February 2013 as National African American History Month.  I call upon public officials, educators, librarians, and all the people of the United States to observe this month with appropriate programs, ceremonies, and activities.
IN WITNESS WHEREOF, I have hereunto set my hand this thirty-first day of January, in the year of our Lord two thousand thirteen, and of the Independence of the United States of America the two hundred and thirty-seventh.
BARACK OBAMA