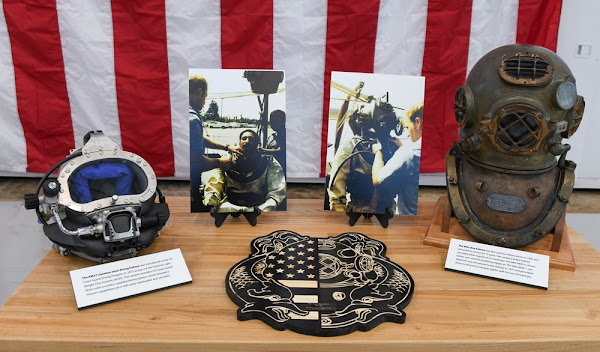 Altogether Berry’s family has more than 400 years of combined service in the Coast Guard, which includes Richard Etheridge, the first African American to command a Life-Saving Station.

“The Coast Guard is proud to celebrate and recognize a member who continually challenged himself and kept true to the Coast Guard core values of Honor, Respect, and Devotion to Duty,” said Capt. Lamont Bazemore, chief of enlisted personnel for the Fifth District. “In 1994 I was attending Elizabeth City State University when I received a flyer over the Christmas break about the Minority Officer Recruitment Effort program. Chief Berry shepherded me through the recruitment process, but more importantly, seeing a Black man in a leadership position helped me to see myself in the Coast Guard. Chief Berry was always a soft-spoken, supportive leader. It was my honor today to shake his hand and thank him for opening a door to my more than 27 years of service.”