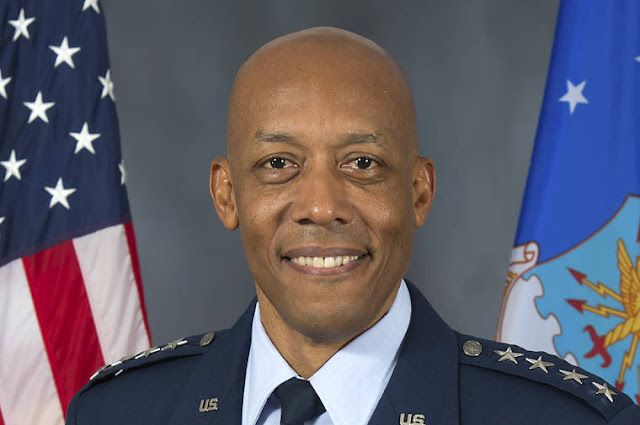 The U.S. Senate confirmed Gen. Charles Q. Brown Jr., June 9, to be the 22nd Air Force chief of staff, clearing the way for the decorated pilot and experienced commander to become the first African American in history to lead a branch of the U.S. military as its highest-ranking officer.

In advance of today’s vote on his confirmation, Brown testified before the Senate Armed Services Committee during a hearing May 7. During the hearing, Brown pledged to ensure Air Force readiness to support the National Defense Strategy, if confirmed. “I am committed to the Air Force achieving irreversible momentum towards implementation of the National Defense Strategy and an integrated and more lethal joint force,” Brown said.

Secretary of the Air Force Barbara Barrett congratulated Brown on his confirmation and highlighted the important role he will play leading the Air Force into the future and carrying on the strategic vision of the current Air Force chief of staff, Gen. David L. Goldfein.

“I join leaders, Airmen and Space Professionals from across the forces in congratulating Gen. Brown and his wife Sharene,” Barrett said. “Leaders of their caliber will perpetuate the legacy of excellence that Gen. Goldfein and Dawn Goldfein have epitomized over the last four years. Gen. Brown’s unrivaled leadership, operational experience and global perspective will prove crucial as we continue modernizing the Air Force to meet tomorrow’s national security challenges and protect our nation.”

Goldfein also congratulated Brown and cited his unparalleled qualifications to be the next Air Force chief of staff. “There is no one I know who is better prepared to be chief of staff, no one who has the experience and the temperament to lead the Air Force,” Goldfein said. “The Air Force and our nation will be in good hands under his leadership.”

"Gen. Brown is an innovative leader who clearly understands the complex and evolving strategic environment we face today as a Department," Raymond said. "He clearly understands the importance of leading across all domains to compete, deter and win — especially in war-fighting domains like space. I am thrilled with Gen. Brown’s confirmation. I couldn’t ask for a better teammate.”

Brown was commissioned in 1984 as a distinguished graduate of the ROTC program at Texas Tech University. He is a command pilot with more than 2,900 flying hours, including 130 combat hours.

Brown will replace Goldfein Aug. 6 at a swearing-in ceremony.

Posted by Councilman George L. Cook III at 6:53 AM No comments: