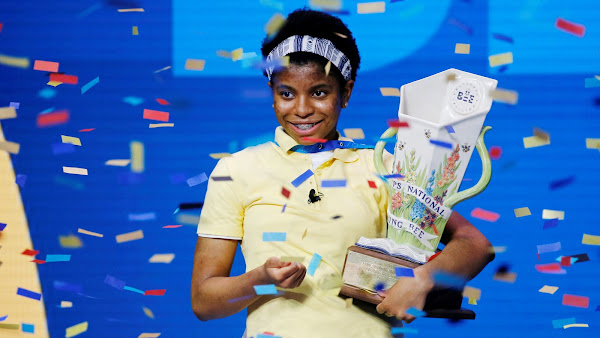 Avant-garde, a 14-year-old from Harvey, La., won the Scripps Cup in the 18th round. She is the first African American contestant to win in the competition's 96-year history.

When presented with her final word, murraya, she first asked if it included the English name Murray, "which could be the name of a comedian."

Even with the pronouncer's response — "I don't see that here" — Avant-garde spelled the word correctly, winning the title and the $50,000 prize.

“I was pretty relaxed on the subject of Murraya and pretty much any other word I got,” Zaila said.

Zaila also told the media she hoped her victory would be followed by greater representation for her and other minority groups in future.

“I’m hoping that within the next few years, I can see a little bit of an influx of African Americans, and not many Hispanic people, either, so I’m hoping to see them there, too,” she said.