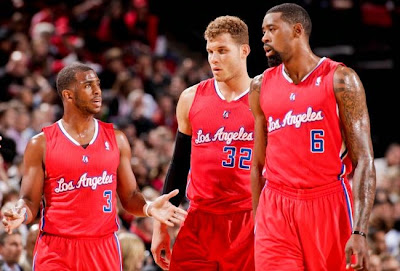 I'm sure by now many of you have heard the racist comments LA Clippers owner Donald Sterling made during what he thought was a private conversation with his girlfriend. I wont post that BS on my blog but you can check it out here HERE.

This has put the LA Clippers players such as Chris Paul, Blake Griffin, and others in a tight spot. Deandre Jordan reportedly posted a black out picture on his Instagram account.

ESPN's Stephen Smith has reported that the Clipper players discussed boycotting the next game.The Clippers will play according to coach Doc Rivers. I would not suit up to play for that a**hole but I'm not on the team. I wont have to pay any fines or get docked a game check. What do you think they should do? George Cook AARports.com.