Fox News cuts away from Obama press conference because nobody asked about Benghazi? 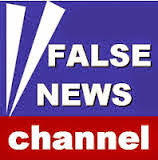 But back to why no one asked about Benghazi Now there are probably two very good reasons why no questions were asked.

1. It would be inappropriate to bring up an American conspiracy theory when the German chancellor is here to discuss issues that relate to US/German relations.

2. Nobody except Fox. News gives a f*ck.

Watch Fox News cut away from the press conference and give an explanation why below: