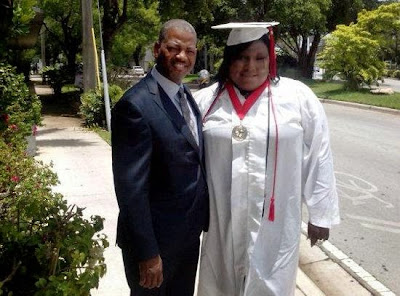 [SOURCE] The teenage girl who was talking to Trayvon Martin on the phone when he was shot to death in 2012 graduated high school Friday, keeping a promise she made to the slain teen about finishing school.

Rachel Jeantel graduated from high school at a Miami auditorium despite her difficulties with English being showcased in the very public trial of George Zimmerman, the man who says he shot Martin in self defense, Yahoo News reported.

Though she was a senior in high school, Jeantel had an elementary-level understanding of reading and math, so Miami defense and civil rights attorney Rod Vereen arranged for tutors for the young woman.

Even Martin's mother, Sybrina Fulton, was at the graduation ceremony, cheering on her son's friend.

"Her coming is like having Trayvon there saying, 'You did it. You proved people wrong,' " Jeantel said.