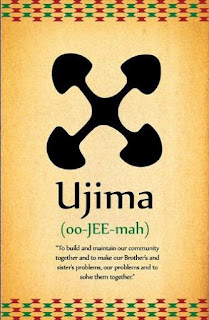 On this, the third day of Kwanzaa the days principle is UJIMA.

UJIMA: "To build and maintain our community together and to make our Brother's and sister's problems, our problems and to solve them together."