Were Mark Cuban's comments racist or was he being honest? 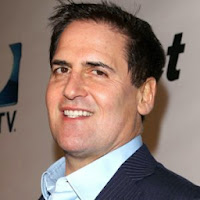 Mark Cuban the owner of the NBA's Dallas Mavericks made some very interesting comments when discussing race issues and Donald Sterling. In a moment of pure honesty Cuban admitted to being prejudiced and bigoted at times. Some feel that an example he used of seeing a black man in a hoodie may make him cross the street was racist. Check out his statements below and give your opinion on what Cuban said.