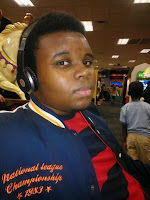 Owners of the Ferguson Market which Michael brown allegedly robbed say they never called 911 which directly contradicts the police version of events. Now both versions can't be right. I'm wondering why the national media which is covering all things Micheal Brown seems to be ignoring this aspect of the story. Thankfully the local St. Louis media is covering that aspect. Here is a report from on the store owners claims by KTVI, a St Louis television station.