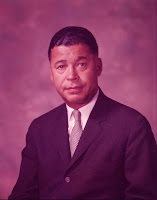 Edward Brooke -- the first African-American to be popularly elected to the U.S. Senate -- passed away Saturday, according to family spokesman Ralph Neas and the Massachusetts Republican Party. Brooke was 95.

Brooke served in the Senate from 1967-1979 and has often been heralded by both parties as a trailblazer. He is the only African-American to be elected to a second term and was the first black Republican elected to the Senate since Reconstruction.