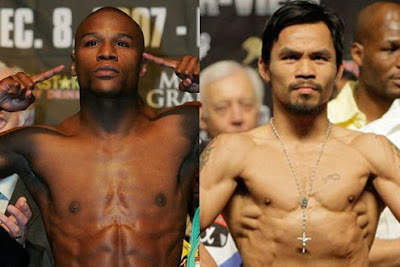 I am not a guy that places athletes on pedestals or thinks that they are somehow supposed to be morally superior to the rest of us. I understand that there are human beings and as such have human frailties. They will make mistakes But making a mistake and beating women are two different things.

Floyd Mayweather is not a guy who can claim his beating of a woman is an isolated incident. Mayweather is a "man" that has committed seven physical assaults on five women that resulted in arrest or citation. One of those assaults was on the mother of his three children. Mayweather served two months in jail for domestic battery.

As a man that loves and respects every female in my family I can't find it in me to root for a convicted woman beater. This is a person who will only fight men in a ring but will hit a woman outside of it. There are many stories of Mayweather arguing with men, but none of him fighting or hitting another man when he is not protected by the rules of boxing. In short, Floyd Mayweather is a punk and is not a person to be idolized or respected in anyway.