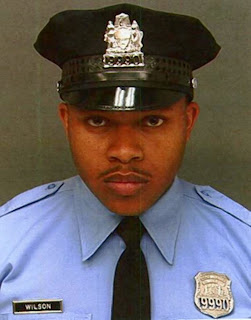 In his final, courageous moments, Officer Robert Wilson III took on two armed robbers and gave his life to save those around him — an act so noble that Philadelphia's police department will rename its valor medal in his honor, police Commissioner Charles Ramsey said Saturday.

Ramsey recounted Wilson's heroism during the slain officer's funeral, telling thousands of mourners it was the greatest act of bravery he has seen in his 46-year law enforcement career.

"Robert redefined what valor means, in my mind," Ramsey said.