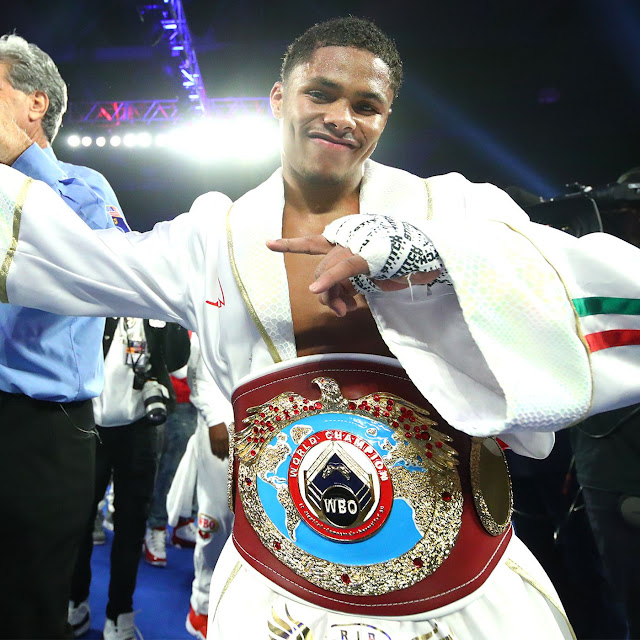 Former Olympic silver medalist Shakur Stevenson did what he needed to do to get past his latest test in Joet Gonzalez to claim the WBO featherweight title on Saturday night in Reno, Nevada. Stevenson (13-0) used his speed and quickness to outbox Gonzalez (23-1) with craft over the 12-round contest. Stevenson becomes the second youngest active champion in boxing at just 22 years old, only two years older than __ champion Devon Haney.

Gonzalez never truly got his opportunity to take out his frustrations on the Olympian, though, as Stevenson outlanded him 121-53 according to CompuBox. Stevenson was also the more active fighter, throwing 510 punches to Gonzalez's 494.

"It's an amazing feeling," Stevenson said. "I came here to Reno close to his hometown and I wiped him out.

"It's an amazing feeling being that I grinded for this my whole life."

Congratulations. Stay away from New Jersey so them LAMES won't car Jack u Petty ass people.