Shouldn't police officers live in the communities they police? 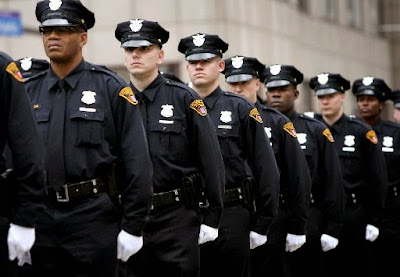 Let me preface this by stating that this not an anti-cop piece and that I believe that by and large most cops are decent people. That being said an article in a local. paper stoked my interest today. The article was about the city of Newark NJ wanting rookie cops to live in the city during the first five years of their employment. The city believes that this would lead to better policing as the cops would better know the community and vice versa. I don't see how it could hurt as far as community relations go.

"If they live in the city, they now belong to that neighborhood and are part of the city. They are not just coming in from other towns," he said. "There's an allegiance to the community they serve which involves more than just collecting a paycheck."

The police union is of course against this proposed change. Many simply don't want to live in Newark. Now if I were cynical I would worry about a police force that doesn't want to live in a town/city they police if they are, as they claim doing a good job cleaning up crime. I expected the usual argument about how such a policy would effect recruitment but one argument against such a policy surprised me.

In the article Fraternal Order Police president James Stewart made the following statement as a reason why such a policy should not be established.

Now there may be good reasons to be against a residency requirement but I don't think that is one. I wish someone could have questioned Stewart as to why the community hates them so much and what the police are doing about that, but it was not the time or place for that. I was just wondering what cops are doing to people that they would be scared to live around those same people?

Now I think cops should live in the communities they police so they have more skin in the game. What do you think?