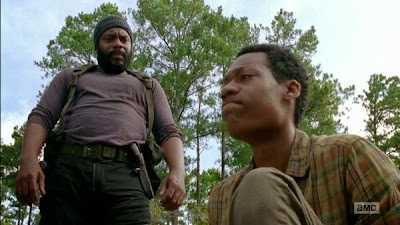 In a written interview at Variety.com Gale Anne Hurd, the executive producer of The Walking Dead discussed the deaths of black characters. She had a very interesting answer. I don't know if it will make some fans happy but it seems like an honest answer.

VARIETY: There’s been some controversy this season over the deaths of three significant black male characters (Lawrence Gilliard Jr. as Bob, Chad L. Coleman as Tyreese and Tyler James Williams as Noah). Was there any debate about that in the writers room or after the reaction on social media?

GALE ANN HURD: We have to go with the story. It’s really important to cast the best actors. Two of those characters were white in the comics. They could’ve been any ethnicity. Our casting calls are completely open and we always go with the best actor. Would African American actors want to be told, “We’re not casting you, because in the storyline we’re going to kill you off?” That’s how we have to look at it. We want the best actor and then we have to stick to the storyline that was crafted months before we even cast the roles.