Floyd Mayweather to give up belts after defeating Pacquiao 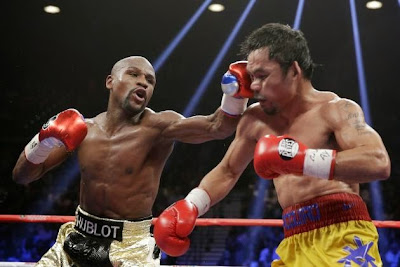 After what many consider a lackluster (read boring as hell) fight in which Floyd Mayweather beat Manny Pacquiao by unanimous decision Mayweather has promised to give up his belts on Monday to give younger fighters a chance to win the belts.

Floyd: "I'm going to relinquish all the belts on Monday" #MayweatherPacquiao

Mayweather on his promise to relinquish his titles "in the next couple of weeks". "Other fighters need to have a chance. I'm not greedy."