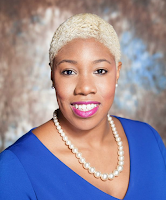 The presidential campaign of Sen. Bernie Sanders (I-Vt.) announced Saturday it had tapped a young, black criminal justice advocate to serve as its national press secretary.

Symone Sanders, who is of no relation to the junior senator, serves as the national youth chair of the Coalition on Juvenile Justice, a nonprofit that focuses on appropriate care of American youth in the justice system.

She introduced the presidential contender at a rally in Seattle on Saturday that drew 12,000 people -- the largest crowd to attend a Sanders event yet -- with remarks about racial inequality.

Though Symone Sanders began to interview for the position several weeks ago, her hiring suggests the campaign is working to attune itself more closely with the cause of Black Lives Matter protesters, who interrupted the candidate for a second time at a different Seattle rally on Saturday. Both the senator and his fellow Democratic presidential hopeful Maryland Gov. Martin O'Malley were interrupted by Black Lives Matters protesters at a Netroots Nation event in Phoenix last month.