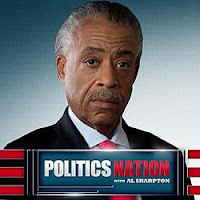 [SOURCE] Reverend Al Sharpton, who has hosted an early-evening program on MSNBC for four years, is moving to a once-a-week perch at the NBCUniversal-owned cable-news network as it seeks to focus more intently on breaking-news coverage and less on partisan viewpoint and opinion.

The last edition of Sharpton’s weekday program, “PoliticsNation,” will air Friday, September 4, according to a memo sent Wednesday evening to MSNBC staffers by network president Phil Griffin. The program will now air on Sundays at 8 a.m., Griffin said.

“I want to congratulate Al and his team. For four years they have done a terrific job bringing his voice and a big spotlight to issues of justice, civil rights and equality,” Griffin said in the memo. “And as many of you know, The Rev never missed a show. I’m looking forward to seeing what he can do with a Sunday morning newsmaker program.”

In a tweet Wednesday morning, Sharpton said he was happy to move the program to Sundays. “I am honored with now being a Sunday Morning TV host. Great!!”