NAACP STATEMENT ON THE PASSING OF CHAIRMAN EMERITUS JULIAN BOND 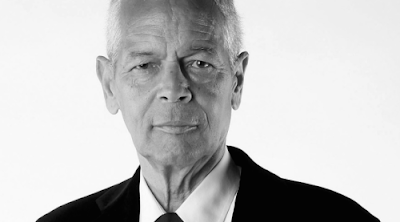 August 16, 2015
(BALTIMORE, MD) - Longtime civil rights leader Julian Bond has died.  The NAACP board member, 75, passed away after a brief illness.
“From his days as a young activist to his years as both an elder statesman and NAACP Chairman Emeritus, Julian Bond inspired a generation of civil rights leaders,” said NAACP Chairman Roslyn M. Brock.  “From my days as a youth board member of the NAACP to my present tenure as NAACP Chairman, like so many of my generation and before, I am yet inspired by the depth and breadth of Chairman Emeritus Bond’s exemplary service: activist, writer, historian, professor, public intellectual, public servant and an unrelentingly eloquent voice for the voiceless. The grateful citizen heirs of the civil and human rights legacy of Julian Bond can neither be counted nor confined to a generation. Many of the most characteristically American freedoms enjoyed by so many Americans today were made real because of the lifelong sacrifice and service of Julian Bond.  On behalf of the NAACP and our country, we ask for your prayers for his family.”
“The nation and the NAACP deeply grieve Julian Bond's death even as we are profoundly grateful for his life,” said NAACP President and CEO Cornell William Brooks.  “The arc of service of Chairman Emeritus Julian Bond's life extends high and wide over America's social justice landscape: as a young lieutenant of Martin Luther King Jr., gifted writer, eloquent speaker, esteemed professor, Georgia state senator, nominee for U.S. Vice President, revered civil rights leader, champion for marriage equality and well beloved NAACP Chairman Emeritus. We extend our heartfelt sympathies and soul deep prayers to his family.  This is a moment of incalculable loss in a trying hour of innumerable civil right challenges.  The life and legacy, indeed the eloquence of Julian Bond’s example, yet speak to the present and future of the NAACP.”
Details as to how to commemorate and memorialize Mr. Bond's monumental legacy will be shared at the appropriate time.
While a student at Morehouse College in Atlanta, Bond helped found the Student Nonviolent Coordinating Committee (SNCC). He was elected Board Chairman of the NAACP in 1998.
Born in Nashville, Tennessee, Bond's family moved to Pennsylvania when he was five years old when his father, Horace Mann Bond, became the first African American President of Lincoln University (Pennsylvania), his alma mater. Bond attended Morehouse College in Atlanta and won a varsity letter for swimming. He also founded a literary magazine called The Pegasus and served as an intern at Time magazine.
Bond was a founding member of the SNCC and served as communications director from 1961 to 1966. From 1960 to 1963, he led student protests against segregation in public facilities in Georgia. Bond graduated from Morehouse and helped found the Southern Poverty Law Center (SPLC). He was the organization's president from 1971 to 1979.
Bond was elected to the Georgia House of Representatives in 1965. White members of the House refused to seat him because of his opposition to the Vietnam War. In 1966, the United States Supreme Court ruled that the House had denied Bond his freedom of speech and had to seat him.
From 1965 to 1975, he served in the Georgia House and served six terms in the Georgia Senate from 1975 to 1986.
In 1968, Bond led a challenge delegation from Georgia to the Democratic National Convention in Chicago, and was the first African-American nominated as Vice President of the United States. He withdrew his name from the ballot because he was too young to serve.
Bond ran for the United States House of Representatives, but lost to civil rights leader John Lewis. In the 1980s and ‘90s, Bond taught at several universities, including American, Drexel, Williams, the University of Pennsylvania and Harvard universities and the University of Virginia.
Bond continued with his activism as Chairman Emeritus of the NAACP, after serving 11 years as Chair, and working to educate the public about the history of the Civil Rights Movement and the struggles that African Americans endured.
Posted by Councilman George L. Cook III at 7:53 PM