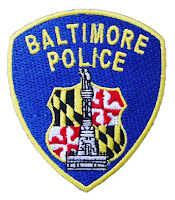 The special investigative unit created by former Baltimore Police Commissioner Anthony Batts last year to probe shootings by officers and deaths in police custody — including Freddie Gray's — has been overhauled by Batts' successor, who has replaced all of the team's members and given it a new name.

Interim Commissioner Kevin Davis has replaced the Force Investigation Team (FIT) with the Special Investigations Response Team, or SIRT, swapping one Department of Justice review model for another.

Davis said "recent examples have demonstrated [that] the BPD is capable of policing itself when matters arise that directly impact public trust and confidence."

"Our capacity to investigate police-involved shootings, in-custody deaths, and other critical incidents relies heavily on the SIRT team and the quality of their objective investigations," he said in a statement.

The Force Investigation Team, or FIT, was modeled on a unit developed by Justice officials and put in place in Las Vegas. Batts brought it to Baltimore last year as a way to improve use-of-force investigations amid widespread allegations of police abuse and misconduct.

The department promised to post its FIT investigations online — a first-of-its-kind idea that was short-lived.

The criteria for triggering an investigation by FIT were vague, and reports were posted online for only nine of the team's more than 30 investigations in 2014. The links to those reports disappeared from the FIT website this year without explanation, and no more have been posted.

Posted by Councilman George L. Cook III at 8:03 AM