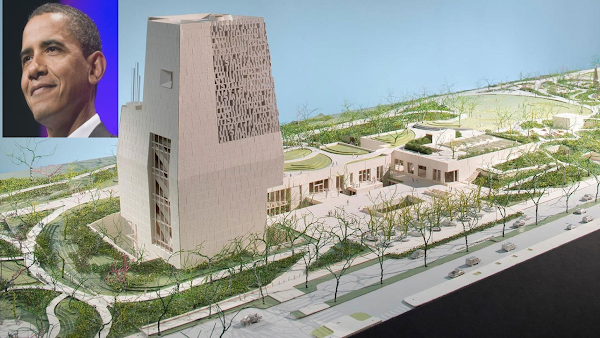 A federal judge has dismissed the latest attempt to block construction of the Obama Presidential Center in Jackson Park.

Protect Our Parks filed a second lawsuit last year attempting to stop the presidential center from being built in historic Jackson Park, arguing the years-long federal review of the project's environmental impact on the site was flawed.

They also argued that state and federal regulators should have considered sites other than Jackson Park, which they argued would have been "much less harmful to protected resources."

But U.S. District Judge John Robert Blakey on Tuesday ruled the city "did not abdicate control or ownership" of the Obama Center site, and that presidential centers provide clear public benefits, including "furthering human knowledge and understanding, educating and inspiring the public, and expanding recreational and cultural resources and opportunities."

Construction of the Obama Presidential Center began last summer, and is expected to be completed in 2025.

The Obama Foundation has estimated the center will cost approximately $500 million. Once it is built, the city would own the campus, but the center would pay to maintain it. The Obama Presidential Center will be privately funded, and the foundation will pay the city $10 to lease the land for 99 years.

The center will include a 235-foot stone tower housing the site's museum; a Chicago Public Library branch; a multipurpose space on top of the museum, a program, activity, and athletic center for community programs and events; a Great Lawn for social gatherings, barbecues, a nature center; and new walking and biking trails; a children's play area; and a fruit and vegetable garden and teaching kitchen.

The center will not include a formal presidential library operated by the National Archives and Records Administration. Rather, Obama's collection of presidential documents and artifacts will be stored in existing NARA facilities, and non-classified documents will be available online.