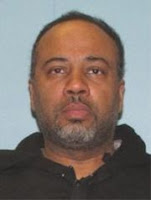 A Cleveland truck driver the Cuyahoga County prosecutor labeled a "serial killer" was indicted Tuesday on murder and other charges in the deaths of three people this year and one in 1997.

He is charged in the 1997 death of Rena Payne, and the deaths of Kimberley Hall, his cousin Jerry Rembert and Morgan Nietzel, all of whom died this year.

The indictment brings the total of deaths linked to Rembert to five. He was convicted of manslaughter in a 1997 killing.

Prosecutor Timothy J. McGinty said in a news release that Rembert is a "serial killer" and that Rembert's activities as a trucker are still being investigated.