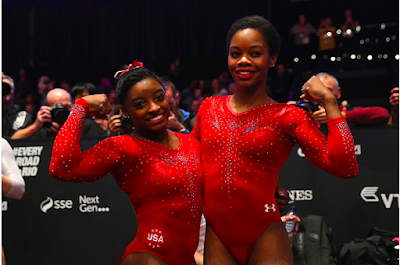 Simone Biles came to the World Championships without a rival the last three years. She’ll leave them peerless in gymnastics history.

Douglas, who also struggled on beam, earned silver after taking two years off following her Olympic all-around title. Douglas is the first Olympic women’s all-around champion to come back and earn a Worlds all-around medal since 1981.

“I’ll take it,” said Douglas, who last year roomed with Biles at her first national team camp since the Olympics. “I really wanted to prove everyone that my comeback was real. It wasn’t fake. It wasn’t for the fame.”

[SOURCE]
Posted by Councilman George L. Cook III at 9:06 AM