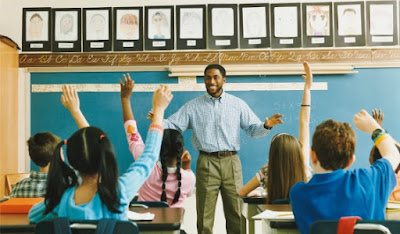 While the percentage of minority teachers has risen in the US, the number of black teachers has declined between 2002 and 20012 in nine cities, according to a recent study by the Albert Shanker Institute.

What does this mean not only for the communities in which these schools exist, but for the nation as a whole?

“Diversity is a key component to equality and opportunity,” Randi Weingarten, president of the American Federation of Teachers, told the Washington Post. “Where there’s a diverse teaching workforce, all kids thrive. That’s why we note with alarm the sharp decline in the population of black teachers in our cities.”

The second is the recurring emphasis that education policy tends to place on test scores. This rigidity, argues Nekita Lamour, a Haitian-American and tenured educator, disincentivises black and Hispanic educators from participating in the system: they are not being encouraged to teach their fellow man, but to the test, instead.

The Shanker Institute’s study found that over a ten-year period, from 2002 to 2012 (a period marked by an explosion in the development of charter schools, and an accompanying dialogue about education reform), the population of black teachers declined by as much as 62 percent in the cities studied (although in the case of New Orleans, many black teachers were fired).

“Minority teachers quit because of working conditions in their schools,” Richard Ingersoll, an expert who teaches at the University of Pennsylvania, also told the Washington Post. “In surveys, those teachers cite lack of autonomy and input into school decisions [in large urban schools].”