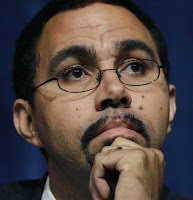 King will serve in an acting capacity, meaning he was able to forgo a formal nomination process in the Senate.

King most famously served as the New York State education commissioner from 2011 until 2014. Last year, he moved over to the Department of Education, where he's currently a senior official.

Here are a few points of information about John King:

As Commissioner in New York King was a fierce supporter of the Common Core. He is also a strong advocate of diversity in the classroom, and also has experience in the classroom as a teacher. King was a 1995 Truman Scholar and received the James Madison Memorial Fellowship for secondary-level teaching of American history, American government, and social studies.