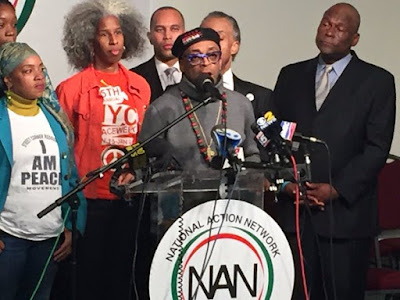 Film director Spike Lee, the director of ChiRaq a movie about gun violence in Chicago and the Reverend Al Sharpton are part of a major new national push to end gun violence. Lew cites the murder of a 9-year-old boy, TyShawn Lee in Chicago as an example of how severe the epidemic has become.

During the press conference Lee pointed out you can't be vocal after Laquann McDonald was shot 16 times by a Chicago police officer and silent after 9-year old Tyshawn Lee was killed.

"Tyshawn Lee is led to an alley and executed," he said. "It's not an either/or situation. It has to be both." Watch Spike Lee and others discuss this initiative below.