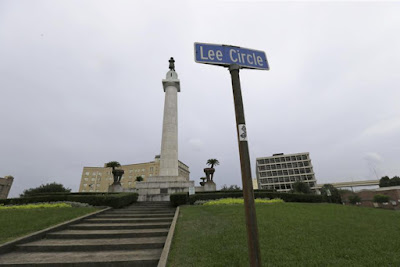 The New Orleans City Council has voted in favor of removing prominent Confederate monuments along some of its busiest streets — a sweeping move by a city seeking to break with its Confederate past.

The council's 6-1 vote on Thursday afternoon allows the city to remove four monuments, including a towering statue of Confederate Gen. Robert E. Lee that has stood at the center of a traffic circle for 131 years.

The decision came after months of impassioned debate. Now, the city faces possible lawsuits seeking to keep the monuments where they are.