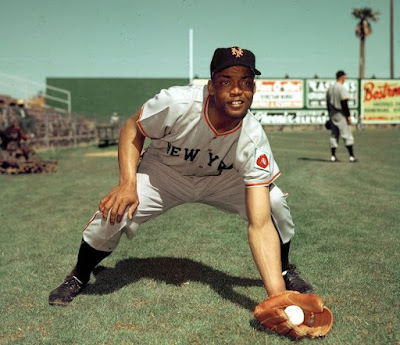 Hall of Famer Monte Irvin, a power-hitting outfielder who starred for the New York Giants in the 1950s in a career abbreviated by Major League Baseball’s exclusion of black players, has died. He was 96.

Irvin was 30 when he joined the Giants in 1949, two years after Jackie Robinson broke the color barrier. Irvin spent seven of his eight big-league seasons with the Giants and one year with the Chicago Cubs in 1956. A native of Haleburg, Alabama, Irvin played in the Negro, Mexican and Puerto Rican leagues during his 20s.

Irvin was one of the most important contributors during the Giants’ amazing pennant drive in 1951 when they overtook the Brooklyn Dodgers after trailing by 131/2 games in mid-August. Irvin batted .312 with 24 homers and an NL-leading 121 RBI.

That year Irvin teamed with Hank Thompson and Willie Mays to form the first all-black outfield in the majors. He finished third in the NL’s MVP voting.