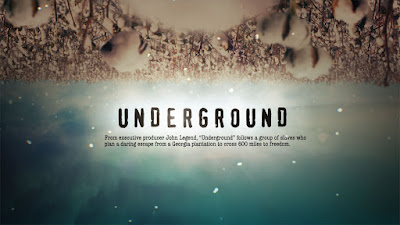 “Underground,” the critically acclaimed first-year drama about the Underground Railroad and the most-watched original scripted series ever for WGN America, has been renewed for a second season.

The network announced Monday that “Underground” will return for a 10-episode second season in 2017. Production will get under way this summer for the series, which hails from Sony Pictures Television and Tribune Studios.

“With enormous pride we are announcing a second season of ‘Underground,’ a series that has resonated with so many passionate fans across the country,” said Matt Cherniss, President and General Manager, WGN America and Tribune Studios. “We are deeply proud of the work that the talented cast, crew and production team have done to bring this story to life, led by our gifted creators Misha Green and Joe Pokaski and our partners at Sony Pictures Television.”

“Underground” continues its first season this week, and WGN America will air a full-season marathon of the show on May 11 leading into its finale.