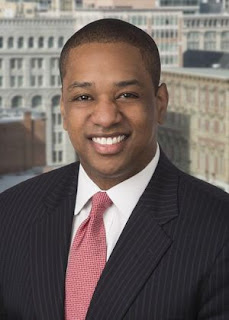 He is the first Democrat to officially jump into the statewide contest, while Republicans already have a crowded field including Sen. Bryce Reeves, R-Spotsylvania, Sen. Jill Holtzman Vogel, R-Fauquier, and Del. Glenn Davis, R-Virginia Beach.

The candidacy of Fairfax, 37, an African American, would inject diversity and an energetic style into a Democratic ticket that includes the comparatively low-key Lt. Gov. Ralph Northam and Attorney General Mark Herring.

“I am passionate about creating and protecting economic security and opportunity for all Virginians,” Fairfax said in a statement. “As a former federal prosecutor, I know just how fragile security and stability for hard-working families can be.”