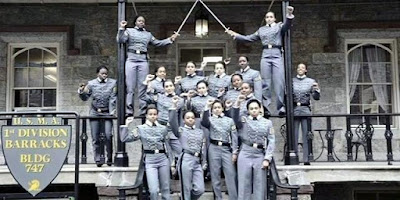 The 16 female, African-American cadets who appeared in a photograph with raised fists in uniform will not be punished for their controversial "Old Corps Photo."

The U.S. Military Academy announced Tuesday that no punitive action will be taken against the cadets, according to a school press release.

The official inquiry concluded the photograph did not violate any Army or Department of Defense regulations and was only intended to demonstrate unity and pride.

"As members of the Profession of Arms, we are held to a high standard, where our actions are constantly observed and scrutinized in the public domain," said academy superintendent Lt. Gen. Robert L. Caslen Jr., in a letter.

In addition to finding no official violations, the findings stated that no one in the photo intended to show support for a political movement, said the release.

"We all must understand that a symbol or gesture that one group of people may find harmless may offend others. As Army officers, we are not afforded the luxury of a lack of awareness of how we are perceived," Caslen said.