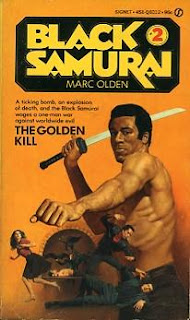 Common is set to star in a television adaptation of “Black Samurai,” Variety has learned exclusively.

The TV project, currently in development, is based on Marc Olden’s 1974 book series, which inspired the 1977 film of the same name. Wu-Tang Clan’s RZA is attached as an exec producer.

Producers are currently shopping the project. Once a network is attached, the search for a writer and director will begin. With Common attached to star, the hot project is already garnering much interest.

“Black Samurai” follows the story of Robert Sand (played by Common) who is rescued by a Japanese samurai master and trained for seven years. After suffering from vicious racism in the military, and seeing his teacher and fellow samurai killed before his eyes by terrorists, Robert Sand becomes a killing machine, out to destroy the corrupt powers who had taken the lives of his friends.