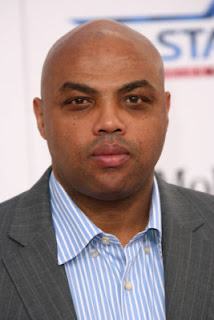 NBA legend and Inside the NBA analyst Charles Barkley has had enough. The America that he knew has lost its way, becoming mired in partisan politics, social divides and entrenched corporate interests. Now he hopes to get to the root of the problem in the new limited-run series The Race Card. TNT has ordered six hour-long episodes of the show, with plans to launch in early 2017.

In The Race Card, Charles Barkley wants to bust up the echo chamber mentality that so often has people retreating to corners of the like-minded, where views are reinforced and ideas are distorted into angry, unexamined groupthink conclusions. Each week, Barkley will take on the rapidly calcifying positions around today’s hot-button topics. He will seek out the sharpest and most varied viewpoints from today’s cultural leaders and tastemakers. He will then challenge and probe those ideas, even trying them out on himself.

No idea presented on The Race Card will be left in the abstract. Barkley will put ideas on their feet, with real-world proof-of-concept tests that will engage people and expose the truth behind their closely held beliefs. In the end, Barkley will reach his own conclusions guided only by his own wits and common-sense wisdom.

"We as Americans never discuss the issue of race in this country and how it impacts everything in our lives until something bad happens," Barkley said. "I see this project as a way to talk about race, class and cultural differences and challenge everyone's status quo."