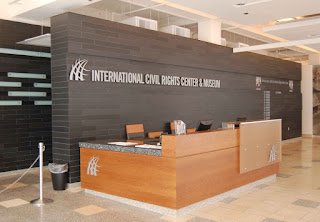 A civil rights museum in Greensboro, N.C., rejected a request to visit from Donald Trump's campaign.

The International Civil Rights Center and Museum declined to have the Republican presidential nominee visit because of the campaign's list of demands, reports WFMY News 2. "We did not honor the request of the Donald Trump team because we thought they demonstrated, in their approach was disrespectful, so therefore we did not grant that request," said Early Jones, co-founder of the museum.

Jones called the campaign aggressive and rude to museum staff.

The campaign also asked for the museum to be closed for at least five hours to accommodate Trump, she said.

Jones said the museum does not provide special treatment to anyone.