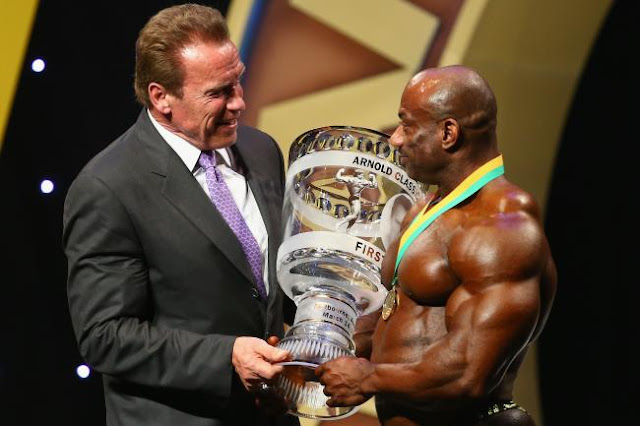 Dexter Jackson didn't let a third place finish in the 2016 Mr. Olympia bring him down. The 47 year old bodybuilding legend went on to Spain and claimed first place in the Arnold Classic Europe which was held in Barcelona.

The victory gives Jackson his 9th Arnold Classic victory and a record setting 27th victory in a pro show. That's right no other pro bodybuilder has won more shows, not Arnold, not Haney, not Coleman, not Yates, not anybody. Congratulations to Dexter "The Blade" Jackson.

The top five finishers were: