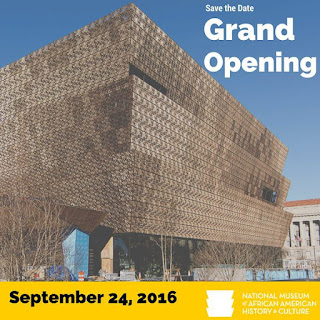 Here is the schedule for the weekend long grand opening celebration for the National Museum of African American History and Culture beginning September 23, 2016.

Museum Opens to the Public

The Museum officially opens to the public at 2pm, following the Dedication Ceremony on Saturday, September 24, 2016. The museum will keep its doors open for extended hours Sunday, September 25, from 10 a.m. to Midnight.