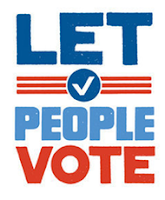 County boards of elections have approved reducing early-voting hours in 23 of North Carolina’s 100 counties. Another eight counties plan to end early voting on the Sunday before Election Day, when a huge number of African-American voters tend to go to the polls.

North Carolina is a critical swing state in the presidential race, one where Democratic nominee Hillary Clinton is counting on a heavy African-American voter turnout. President Obama won North Carolina in 2008 and narrowly lost the state in 2012.