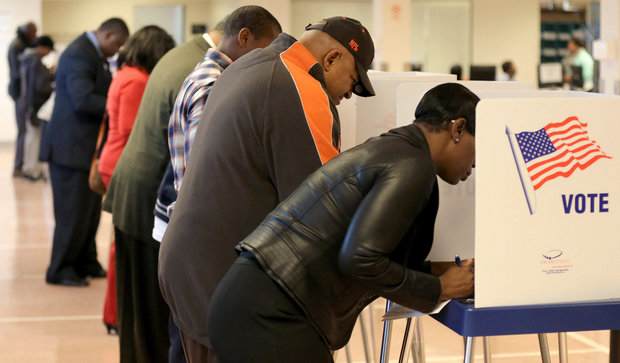 Here is the real reason Republican led state legislatures have been trying to eliminate or limit early voting in their states. African Americans who typically vote democrat tend to use it more which drives up voter participation rates among that group. George L. Cook III AfricanAmericanReports.Com

According to the National Conference of State Legislatures, 37 states now offer voters some way to cast ballots early and avoid lining up at the polls on Election Day.

These options are popular. About one-third of voters made use of them in the 2012 election.

But so-called “convenience voting” remains controversial: In some states, various types of early balloting has been challenged on grounds that it opens the door to fraud, though there’s been little evidence that such fraud is taking place.

Supporters of early voting say partisan politics is what really drives the objections. Research shows early voting increases turnout by 2 percent to 4 percent. In some cases, it particularly boosts voting among minorities, a constituency that tends to vote Democrat.

A GOP consultant acknowledged as much after a federal judge struck down North Carolina’s effort to curtail some kinds of convenience voting on the basis that legislators had targeted measures that disproportionately aided African Americans.