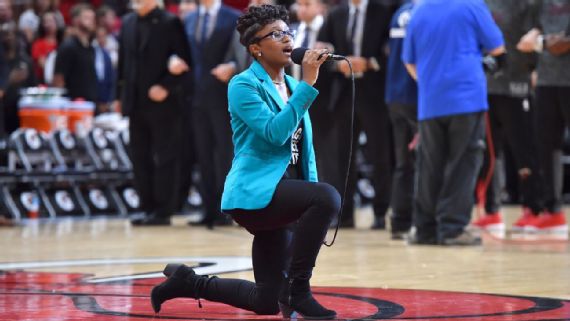 Denasia Lawrence performed the national anthem before an NBA preseason game between the 76ers and Heat on Friday night while kneeling at midcourt. She then opened her jacket to show a shirt bearing the phrase "Black Lives Matter." Lawrence explained her actions in a Facebook post:

I didn’t get paid to sing the national anthem; nor was this moment about any sort of fame. Black Lives Matter is far larger than a hashtag, it’s a rallying cry. And until our cry is rightfully heard, protests will still happen and demands will still be made!

Watch her performance below.