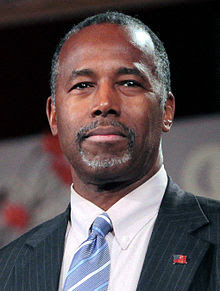 Many of us who thought that Ben Carson was all book sense and no common sense may have to admit that he may have an ounce of the latter. Ben Carson declined an offer from President-elect Donald Trump to join his cabinet as Secretary of Health and Human Services on the basis that he like Donald Trump has no experience running a government agency. George L. Cook III AfricanAmericanReports.Com

Carson confidant Armstrong Williams said the former neurosurgeon and top Trump surrogate will continue to advise Trump from outside the White House but declined Trump's offer to join his administration as a cabinet-level official.

"He's never run an agency and it's a lot to ask. He's a neophyte and that's not his strength," Williams said, despite the fact that Carson vied for the Republican nomination to be the next president of the United States.

Williams told The Hill newspaper, "Dr. Carson feels he has no government experience, he's never run a federal agency. The last thing he would want to do was take a position that could cripple the presidency."

Carson told The Washington Post that he is "leaning" toward working "from the outside and not from the inside."

"I want to have the freedom to work on many issues and not be pigeonholed into one particular area," he told the newspaper.